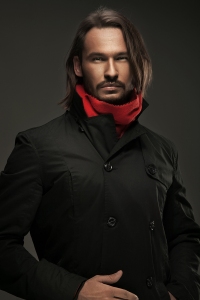 One of Young Kadmeion’s Favorite Flying Machines. A Cat Aviator Sat On a Cushion Under the Balloon and Steered by Pawing At the Strings.

Kadmeion is the only child of Wizard Trentworthy and Sorceress Dorian. His mother’s father, Haldemare, is also a wizard. Kadmeion grew up on the floating island of Gogogogo, named after his family’s popular rest home for elderly magicians.

Dorian had just produced that most wonderful of enchantments, our little boy Kadmeion. The babe did not immediately cry. Midwife Mary held him up and slapped his rump to get the youngster to breathe. Kadmeion let out a squeal, and then belched a flaming hiccup that singed away Mary’s eyebrows and bangs. 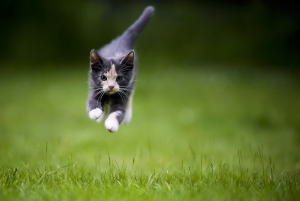 The wizardling lived a sheltered childhood with his parents, various cats, and the eccentric magicians living at the rest home. Considered a magical prodigy, the retirees doted on the handsome, but introverted lad.

Kadmeion’s boyhood hobbies were ice gliding and building scale models of flying machines. The boy based his replicas on the full-sized versions from Leonardo’s Airborne Contraptions.

No Hurt Feelings–The Seagulls and Cats Were Great Friends

Kadmeion taught his cats to use the small flying machines. The proper enchantments made the cats float with or without their contraptions, and kept them from harm. The furry aviators zoomed around the cliffs and terrorized seagulls and little dogs. This was done all in fun, for the seagulls, dogs, and cats were great friends. The feline pilots were a must-see attraction for Gogogogo Island visitors.

See “Kadmeion’s Magic” and “Concerning Magical Thingummys, Dodads and Whatnots.” Find out more about Wizard Kadmeion’s many adventures in the Clockpunk Wizard stories: