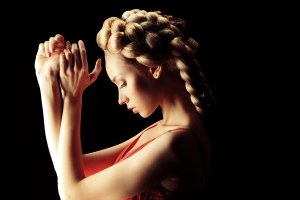 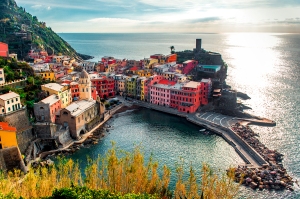 Lanith spent her childhood as a poor farmer’s daughter. When she was a teenager, Lanith’s parents sent her to the city. At a young woman’s finishing school, Lanith learned a lady’s genteel ways that would prepare her for acceptance into city society. During a Church-sponsored event, she met Guild Maji’ker (“Magician”) Tredan. After a proper courtship, they married. She now lives the comfortable life of an urban middle class merchant’s wife in the seaside city of Isor. After nine years, their union has yet to produce children.

Soon after marriage, Lanith attended classes at the Merchant Guild.  She and her husband run a well-respected magical curios shop. They import more than half of their stock, and buy the rest from Isor’s local magical tradespeople. Tredan’s skill is with making pleasure charms, which they sell in their shop.

Lanith owns a rare pet—her blue male dragonette named Arnl’jhott. This affectionate and talkative creature joins her on monthly visits to the Church orphanage, where she holds a crafts workshop in amulet making. The merchant woman and her dragonette are a favorite with the children.

Lanith lives a magically unusual life. Her husband is a former Enchanter, and these magicians are the most powerful mages in her world of Sye. They hold the key for producing magical essence, which fuels all the spell casting arts. 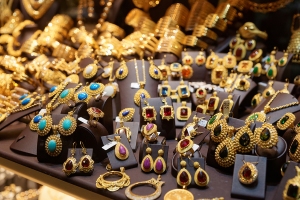 Practicing Enchanters have delicate magic and are surprisingly vulnerable. They live apart from society in one of five enclaves to protect themselves from hostile magicians. Among other peculiarities of the Enchanters’ magical profession, the Church refuses to let them marry. Tredan left the Enchanter discipline and adopted the Church-approved life of a secular magician. Although he no longer can produce magical essence in the same quantities as before, he has plenty to lavish on his wife, dragonette, and custom curios in his shop.

This essence-rich environment gives Lanith the luxury of cultivating her native magical talents. Tredan’s magical essence has also enhanced her natural beauty, and made his wife especially attractive to the Enchanters.

Lanith’s attention to details makes her an exceptional trade magician and proficient in these thaumaturgical skills: