Where did Gentle Reader find the enchantments in Lita Burke’s fantasy worlds during 2014? Three is a magical number. Let’s take a look at the three most popular blog posts that came out before 2014. 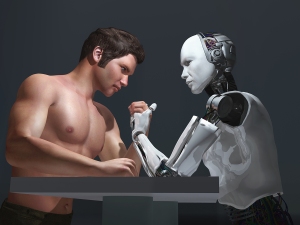 There is Always Someone Opposing Your Fantasy People

The most visited classic blog post in 2014 talked about the magic behind the curtain in Lita’s worlds.

World-building techniques have always fascinated Lita. High Fantasy and Epic Fantasy books were her delight as a young reader. She poured over the maps on the book’s end papers, studied every entry in the glossary in the back, even marveled over the lengthy character name lists in the front. Read more at “6 Critical Elements for Fantasy World Building (Part 1)”

A Beautiful Harpy in the Clockpunk Wizard World

The second most visited classic blog post in 2014 was about a favorite resident of Lita’s Clockpunk Wizard world.

Madam Harpy, our Winged Sister of the Sky. Who did a disservice to this magical creature, turning her from a beautiful woman with feathery wings, into a fearsome hag? Read more at “Harpies Are Misunderstood”

The third most visited classic blog post in 2014 went back behind the curtain and talked about making fantasy characters real.

This post explored how to build rich fantasy worlds to immerse readers. Part 1 looked at two “big picture” elements in building a fantasy world: maps and politics. This second post took a “medium-sized” view and showed why meat and grog are wimpy.

Lita also explained in this post how to speak in tongues. Read more at “6 Critical Elements for Fantasy World Building (Part 2)”

Next Time: Most Visited New Blog Posts in 2014