Within the pages of the Necronomicon Enchanter book in Lita’s library, the curious may learn the Enchanters’ magical matters. Beware, for the knowledge might drive the reader mad with bitter desire and luscious regret.

Because the Enchanters of Sye take the diluted magic of their world and concentrate it for human use, they organize magical abilities into five categories. Four categories favor ambient Sye magic. The last category represents all non-Enchanter magic, primarily spells by the Church, plus unclaimed and forbidden magic. 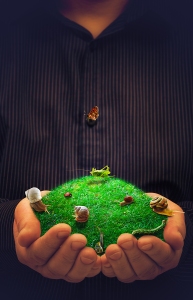 Enchanters that practice Earthe magic specialize in two aspects. The first specialty is the steady and abiding enchantments of rock and soil. These Enchanters use their powerful magical essence to sculpt stone into dwellings, and re-arrange the nature of fields to favor specific crops. Earthe mages can make the very rocks thrust up and out of the ground, and create rings of standing stones.

The second Earthe aspect favors the magic of plants, and the quick enchantments of land animals. These Enchanters delight in crop production, forest health, and cultivating flower beauty. 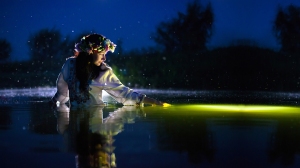 The Mer Enchanters enjoy water spells. Mer magic also has two aspects. The first specialty is the quick effervescence of fresh water found on land, such as streams, lakes, and rain. These Enchanters can divert floods, change the course of a river, and construct dazzling fountains.

The second Mer aspect favors the deep power of saltwater seas. Mer specialists can summon marine life, turn the course of ocean currents, and influence storms over open water. These Enchanters can coax fish into fishermen’s nets, and divert destructive surf away from homes.