Chaysing Memories by Jalpa Williby is a YA romance about Tess, a twenty-something young woman who struggles to overcome amnesia about a mysterious man. 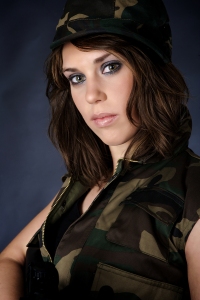 Tess is Training for an Elite Military Group

Tess has moved on after suffering from an incident that caused a 3-week blank spot in her memories. She has always been gifted with exceptional intelligence, athletic ability, and attractiveness. Although her parents recently died, she has the support of two life-long friends, a loving dog who is not what she appears, and a beloved aunt.

Tess’s exceptional abilities have started her on dual careers: becoming a physician like her parents, and training for an elite military group. Despite this exciting future, she has distressing dreams about a gray-eyed man. Then during an encounter that is no fluke, she sees this man during her military training. His name is Chayse. Dangerous men hunt him, and they will stop at nothing to recruit Chayse for their shadowy team. Tess is convinced that gray-eyed Chayse is the key to her amnesia, and perhaps the lost key to her heart.

Chaysing Memories is the second book in the series about Tess, her hazardous life, and her romantic swirl around Chayse. This second story gives us a matured Tess who still has her headstrong ways.

Author Jalpa Williby uses a deft hand to flesh out Tess’s friends, and makes them an excellent catalyst for Tess to look outside herself. Chayse is just as alluring and delicious as in the first book of the series.

The plot for Chaysing Memories twists and turns into a satisfying climax, and delivers a shocker of an ending. Gentle Readers who enjoy YA romance mixed with spicy allure would enjoy Chaysing Memories. Just watch out for Chayse’s alluring gray eyes–they will haunt your dreams.

Chaysing Memories on Amazon US