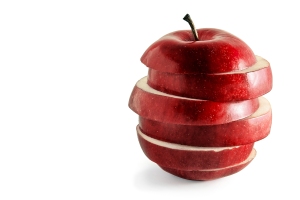 This young man couldn’t put himself together

Becoming a Superhero, Based on a True Story by Oliver Galang

Warning: This story has some occasional adult language.

Becoming a Superhero was a coming-of-age tale about a drifting young man from a military family lost in a mire of gambling, prostitutes, and depression. It was also a humorous telling about the whims of peer pressure and finding a memorable psychologist. The duality made for an entertaining read.

The story centered on young Oliver, who convinced himself early on that he was a budding superhero like what he saw in movies and comic books. But reality showed he was instead an awkward nerd, and his family’s frequent moves made it difficult to keep friends. Cultural differences, and his parent’s meager finances, created misunderstandings with everyone. Oliver tried a military career like his father, but did not stay. Then came life’s real temptations.

What Do Young Guys Want?

With Lita’s lifelong puzzlement about how men think and why they act in such interesting ways, this story gave insightful clues. For example, during a speech at his sister’s wedding, Oliver quipped “I hope it works out,” then didn’t understand, despite his well-combed hair, why high school girls weren’t interested in dating him.

Becoming a Superhero described many places where Oliver tasted the fun of life (having a lovely girlfriend with a french accent, a winning night at Blackjack, landing a high-paying job), then immersed himself to excess. He abandoned girlfriends and instead frequented prostitutes. Recreational card playing turned to gambling addiction. The job no longer supported his indulgences, and Oliver racked up credit card debt and bankruptcies.

Not what this young man wanted, but Oliver made more choices to return to the adrenaline soaked, but disastrous pursuits. Here was a guy that avoided introspection, to his folly.

How does a person rescue themselves from life’s well?

A refreshing voice entered Oliver’s life–a new psychologist. The first question this therapist asked Oliver was “You fell in love with a prostitute…are you crazy?”

My, oh my. Lita had to put down her Kindle for a minute to recover from this lovely line.

Then they discussed Oliver’s superhero yearnings. They talked over his wish to get married. Was it to have kids? No, it was something else. This clever section of Becoming a Superhero finally showed us the real reason for Oliver’s destructive lifestyle. There was a way out of the well that Oliver kept falling into. After the journey through this superhero wannabe’s life, we learned what this young guy really wanted–and he was a superhero all along.

Becoming a Superhero is on Amazon, Smashwords, and Barnes & Noble.