The Bestiarum Vocabulum is the wizard’s encyclopedia of faerie beasties and mundane crossovers living in the lake and forest near Lita’s castle. 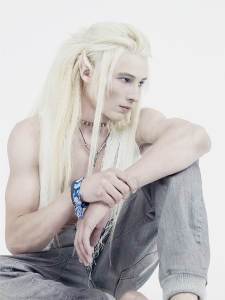 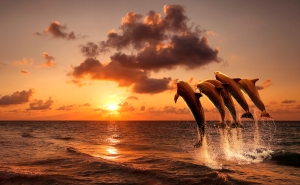 Bright is the seventh son of Elf Mage Higginbotham Norfiwyn M’Choakenchilde (also a seventh son), and Sorceress Wode Rilmandra. Bright’s father and grandfather are Princes of the Elf Court. Bright grew up on the floating island of Dolphin Barns, named after its extensive rookeries of nesting land porpoises. Because of his human mother and twice-seventh son lineage, his parents hoped that Norfiwyn’s seventh son would be a rare elf wizard (wizardry is a human magic). When Rilmandra became pregnant with Bright, Norfiwyn hired Wizard Pursuance to be his son’s magical caretaker.

Never Once Did Young Bright Fall Out of a Tree

Pursuance was unable to control his greed. He enchanted the helpless babe in his crib and siphoned the lad’s magic for his own use. This parasite damaged Bright’s wizardry  and most of his native elf magic beyond repair. This hampered magical ability made growing up a trial. He was the frequent target of his older brothers’ teasing. The school bullies were especially harsh.

To escape the taunts and constant magical humiliation, young Bright fled to the forests and excelled at tree climbing. Never once did the boy fall out of a tree. Rilmandra, hopeful that somehow her son would become a mage, attributed his aerial safety to the remnants of his wizardry.

When Bright moved to Agatha to attend the university, he apprenticed as a rig monkey in the zeppelin yard. He planned to sign up for the Airship Guild after graduation.

Professor Morton introduced Bright to the soon-to-graduate Kadmeion. The wizardling took on the damaged narfleet as an assistant despite the naysayers. Because Kadmeion had known the now deceased Wizard Pursuance, Kadmeion could correct most of Bright’s magical damage. However, for the narfleet to work all but the simplest spells, he must share a profound magical binding with an accommodating wizard. 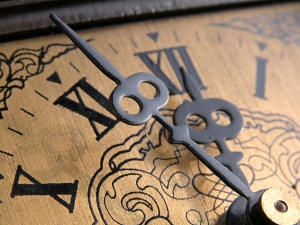 Bright’s love of trees blossomed into Arboriculture, which was his undergraduate minor at Agatha. His passion was cultivating oak trees.

He converted the bay window of his dormitory room into a quercetum, filled it with saplings, and lavished his scant enchantments on them. His roommates swore that when Bright talked to his pet trees, they answered the narfleet in sighing whispers. 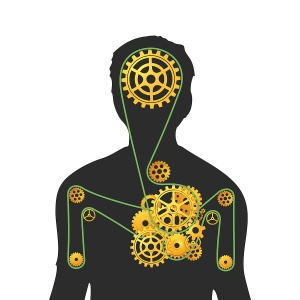 With being a scientist in the mundane world, and also being the writer-architect of the magic systems in fantasy worlds, I must create magic that “makes sense,” or risk the justly deserved disappointment from Gentle Reader. Oh, the challenges.

For example, the Sye fantasy world in Wrath and Tredan’s Bane showcases the conflicts between Enchanter seduction magic and Churchie moralistic spells. Sye uses the Magic Guild to keep the magic works in balance and control the magicians’ tendency to feud.

In my forthcoming Ephraim’s Curious Device story, the wizards’ magic has very different rules, and their concerns are airships, floating islands, and automata (homunculi). There’s a philosophical conflict between the clockwork guys and the “Meat-Men” who create automata from plants or dead animal parts.

Yuck on the Meat-Men. Let’s get back to clockwork.

Here’s the curse with the Clockpunk Wizard fantasy world: how do I keep a clockwork man from winding down too quickly?

Clocks have various sized gears. Clocks use tension stored in a mainspring, or they use gravity like in a grandfather clock, to transform potential energy (spring tension) into kinetic energy. Kinetic energy moves the gears, and the gears then move the hands on the clock face.

The different-sized gears release kinetic energy in bursts (seconds). This regulated system measures out uniform chunks of time. In addition to keeping time, clockwork powers other animations such as phase of the moon dials, cuckoos, and music box innards.

In Ephraim’s Curious Device, clockwork animate the homunculi who fly airships. Very inconvenient for an airship’s automata pilot to stop its ticktock at the wrong time and blunder into the side of a floating island. The clockwork designers (“Metal-Men”) must deal with the curse of potential energy running out in their devices.

Magic is the Solution (of course)

A couple of approaches come to mind: (1) magical power runs the automatons, or (2) spells call something to power the clockwork. Sye already uses magic as a power source to fuel magician’s spells. (Gentle Reader frowns–don’t repeat yourself–it’s boring. Understood.) That leaves the second approach. Here is another question for the fantasy world writer-architect: what do the spells call?

Let’s talk this through. Whatever the magic workers send for in the Clockpunk Wizard world, it must be small enough to live inside clockwork gizmos. Shall the wizards send for tiny fairy folk? No, they already have bodies and that means the bodies must be cared for. Demons? Too powerful and dangerous. Minor demons? Hmm. Okay.

So minor demons drive the clockwork automata. I’ll give equal time to the yucky Meat-Men creations. Wizards use spells to call, dismiss, and animate homunculi with minor demons. This means a wizard should have a partner who builds clockwork, plant, or meat-made gizmos.

We have solved the Potential Energy curse. I’ve also just met my two Clockpunk Wizard “good guys.” Pleased to meet you, Wizard Kadmeion. Also charmed to meet your business partner, Metal-Man Bright. We have a lot of work ahead of us, guys.  Let’s get to it.