Lita takes Gentle Reader to the Enchanters of Sye world today, with an excerpt from her award-winning short story, Wrath, Prequel to Tredan’s Bane. 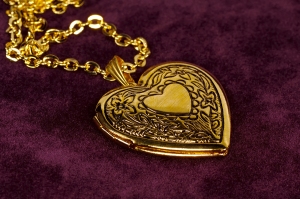 It Had a Heavy Golden Chain. And Potent Spells.

Retired Enchanter Tredan is alone in his magical curio shop, unpacking a box of charms.

A routine shipment holds an unpleasant surprise–a rival magician called a Church Enforcer has planted a charm inside the box that captures its recipient within a powerful enthrallment.

Tredan poses as a harmless secular magician now, and thought he was far removed from the Enchanter versus Church politics. But he has a shameful secret. This Enforcer knows about Tredan’s spell book, and the day of reckoning has arrived for the retired Enchanter. The Enforcer talks to Tredan through this Compulsion Charm.

Tredan forced his fingers open and stared at the Compulsion Charm. Unlike the other cheap charms in the box, this one had intricate scrollwork etched into a sparkling outer casing. It had a heavy golden chain. And potent spells. 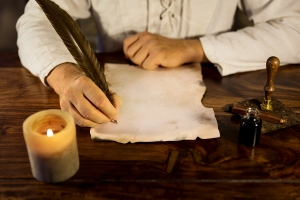 He Kept His Hideous Journal Safe All These Years

Come to me. Bring the journal.

He had been cautious and kept his hideous journal safe all these years. How could he have been so susceptible? He was now caught and could not escape. Tredan bowed his head. His world went dark. For a time, all else went away except his despair. If the Enforcer came now, Tredan would surrender and be done with his furtive struggle.

“I will not hand over the journal. My bane.”

“My marriage would be a sham if I gave up the journal now. I would not have Lanith think I used her to hide my secret.” 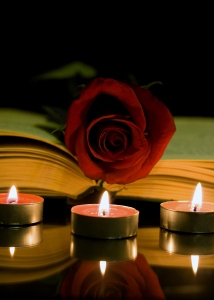 You failed long ago when you accepted His Divine’s magic.

Enchanters were gullible then. That’s why you fell.

“The Enchanters trusted the Church then. There’s a difference.” Tredan took a deep breath. “His Divine’s magic forced me to write the journal. I accept what’s happened.”

I’ll find the journal despite your stubbornness.

Tredan dropped the Compulsion Charm into his pocket. “Stop your blather, Church filth. I have matters to attend to.”

Wrath on Amazon US

Here is the just-release book trailer for Wrath, Prequel to Tredan’s Bane. If you haven’t read the short story Wrath, check it out on Amazon, B&N, or Smashwords.

The back cover blurb explains more about the story.