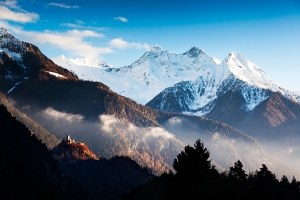 Probability is the oldest child of Sorceress Lady Luck and Death’s Wizard Mephistopheles.

Her younger brother is Chance Luck, and her family awaits the arrival of a second daughter. Probability also has a grandmother, Sorceress Amabel, who was the previous Lady Luck.

Because the magic for the Death Personification Office is harmful to children, and her parents are estranged, Probability lives on floating Fluke Island with her mother and brother. Their home is a sprawling casino and castle complex in the Upper Wager Meadows. She has not met her father. Probability plans to visit him where he lives on Undying Island, beyond the rim of their plate-shaped ocean world, when she is old enough to survive the journey. 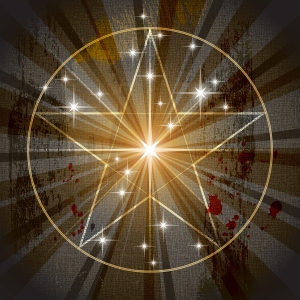 Probability is Gifted in Mathematics, Language, and the Magical Arts

Probability is a precocious child in mathematics, language, and the magical arts. Her well-to-do mother hires the best tutors for the non-magical aspects of her children’s education.

Lady Luck personally teaches Probability and her brother the magical arts. Her mother anticipates that Probability will attend the Agatha University of Magical Arts and Sciences, and become the most powerful human sorceress of her generation.

As many girls are wont to do, Probability adores unicorns and horses. Her mother maintains a horse stables, and accompanies the children on frequent equestrian outings. Because unicorns need special care, Lady Luck has not yet acquired these magical sentient equines for Fluke Island, despite her daughter’s constant requests.

Probability is not allowed in her mother’s casino until she becomes of age. Nonetheless, the little girl has a flawless mental ability to compute odds, calculate entropy decay rates, and mathematically predict when her brother will bring up a yucky boy’s topic during dinner.

Find out more about Probability’s adventures in these Clockpunk Wizard stories:

Magicians in the Clockpunk Wizard world gossip about the reclusive Sir Death, whose wizardry began long before their world created the Magic Guild.

In this coming Saturday, August 31st release of Old Bony Blue Eyes, Wizard Kadmeion has endured the morality tales of Death’s hobbies and suffered a profound loss to his magical ability on his journey to Sir Death’s castle. And those aren’t the worst parts of the trip.

A humiliating game with the threat of years of magical servitude to Old Bony Blue Eyes await Kadmeion if he loses. All this because of his promise to a love-starved dragon. At least he doesn’t have to do any magical chores during his visit–just the cooking.

Why endure these insults? Because all the world’s magical knowledge await in Sir Death’s library. If Kadmeion wins the day, his prize is what matters most to wizards. Access to powerful spells. A step-by-step book that explains women. And most important of all, he learns what happens when powerful wizards tell really, really good jokes.